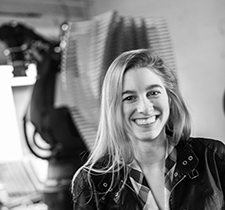 Kendra Byrne has been co-opting industrial automation for creative purposes with Bot & Dolly for the last four years, beginning with the development of Bot & Dolly’s IRIS system for the film Gravity. As Product Lead, she leverages her diverse background to develop accessible interfaces for using robotic technology in creative and innovative applications. Kendra is a technologist, roboticist, strategist, and designer; she holds a Master of Architecture from the University of Michigan.

Bot and Dolly is a design and engineering studio that specializes in automation, robotics, and filmmaking. It’s our mission to advance motion control and automation as a creative medium, and build world-class tools that enable others to do the same. At the core of our technology is an integrated software/hardware platform that provides precise and expressive control of 6-axis industrial robots. We dream about where they’ll be used next. 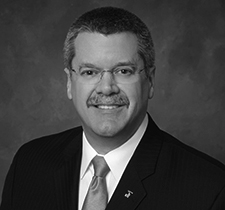 Stuart (Stu) Shepherd is the CEO Americas for KUKA Robot Group, a unit of KUKA AG of Augsburg, Germany, where he is responsible for subsidiaries in Brazil, Canada, Mexico, USA, and business development throughout all Americas countries. Stu also serves as the 2014-2015 Chairman of the Robotic Industries Association and is a member of the Board of the Association for Advancing Automation.

Stu’s automation career spans more than 34 years, including seven years at General Motors, 16 years at FANUC Robotics, five years as founder/president of Shepherd Solutions, Inc., and seven years at KUKA. He graduated from Purdue University with a MS in Mechanical Engineering Technology. 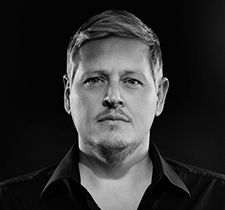 Matthias Kohler (born in 1968) is professor of Architecture and Digital Fabrication at ETH Zurich and founder of the architecture practice Gramazio & Kohler. Together with Fabio Gramazio, he has realised numerous award-wining designs, including the Gantenbein vineyard façade, the Christmas lights for the Bahnhofstrasse Zurich, and the sWISH* Pavilion at the Swiss National Exposition Expo.02. Currently, their office is responsible for the design of the NEST research platform, a future living and working laboratory for sustainable building construction.

Since programming computer games in the 1980s, Matthias has been creatively involved with the capacities of digital technologies and gained unique experience in both industry and research. Opening the world’s first architectural robotic laboratory at ETH Zurich, Matthias’ research at the intersections between architecture and robotics has been formative for the field of digital architecture, setting precedence and de facto creating a new research field merging interests in computational design, robot control and fabrication, and material innovation. This ranges from 1:1 prototypical installations to the design of robotically fabricated high-rise buildings. The work has contributed to numerous exhibitions around the world such as the 2008 Architectural Biennial in Venice, the Storefront Gallery for Art and Architecture in New York 2009 or Flight Assembled Architecture at the FRAC Centre Orléans in 2011. It has been published in a large number of journals, books and mass media and was further documented in the book The Robotic Touch – How Robots Change Architecture, which was released in February 2014. 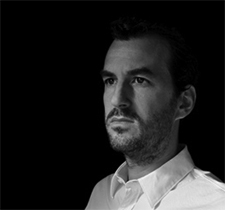 Professor Achim Menges, born 1975, is a registered architect and professor at the University of Stuttgart where he is the founding director of the Institute for Computational Design. Currently he also is Visiting Professor in Architecture at Harvard University’s Graduate School of Design and Visiting Professor of the Emergent Technologies and Design Graduate Program at the Architectural Association, London.

Achim Menges practice and research focuses on the development of integral design processes at the intersection of morphogenetic design computation, biomimetic engineering and computer aided manufacturing that enables a highly articulated, performative built environment. His work is based on an interdisciplinary approach in collaboration with structural engineers, computer scientists, material scientists and biologists. Achim Menges has published several books on this work and related fields of design research, and he is the author/coauthor of numerous articles and scientific papers. His projects and design research has received many international awards, has been published and exhibited worldwide, and form parts of several renowned museum collections, among others, the permanent collection of the Centre Pompidou in Paris. 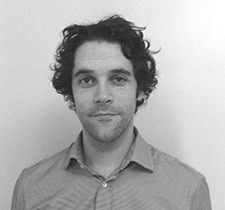 Daniel Piker is a researcher on the use of computation for design and realization of complex forms and structures. After studying architecture at the AA, he has worked as part of the Advanced Geometry Unit at Arup, and currently for the Specialist Modelling Group at Foster+Partners. He has taught numerous studios and workshops (including the AADRL, and 2 clusters at SmartGeometry) and presented his work at conferences around the world.

He is the creator of the widely used form-finding physics engine ‘Kangaroo’, software which he continues to develop. 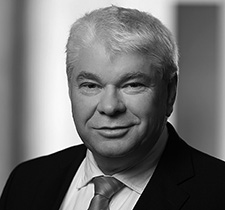 Alois (“Luis”) Buchstab is Manager of the Industrial Business Development Department, a unit of the KUKA Roboter GmbH of Augsburg, Germany, where he has been responsible for the development of new markets for industrial robots since 1999.

Luis’s automation career spans for more than 26 years at KUKA Roboter GmbH. Before he started to work at KUKA he graduated at the University of Applied Science in Ulm, Germany with Graduate of Mechanical Engineering.