Update: Early- bird pricing has been extended until March 14th, 2014

Ann Arbor, MI – The Taubman College of Architecture and Urban Planning at the University of Michigan will host the Rob|Arch 2014 conference, May 14-18, 2014. Focusing on the theme of intellectual collaboration, the conference will bring together an international cohort of artists, designers, fabricators, and industry leaders for the purpose of advancing the discourse surrounding experimental robotic fabrication in their respective fields.

The Rob|Arch conference series was initiated by the Association for Robots in Architecture as an opportunity to link the automation industry with cutting-edge research institutions exploring the use of robotic fabrication in architecture, art, and design. In 2012 the conference was hosted by its founders in Vienna, Austria, and the 2014 conference will mark the first time the event travels to North America. The University of Michigan’s Taubman College of Architecture and Urban Planning is a leading research center for architectural applications of robotics, and is located in Ann Arbor, MI less than an hour outside of Detroit, the origin of industrial robotics in North America.

Following the success of Rob|Arch 2012, the conference will again include a series of workshops aimed at exposing the advanced capabilities of applied robotic research. Held simultaneously at the University of Michigan, Carnegie Mellon University, and Princeton University from May 14 – 16, the workshops are an essential component to this year’s conference. While enrollment for the workshops is limited, individuals from all backgrounds are encouraged to register as no previous robotics experience is required to participate.

Directly following the workshops, the conference will take place from May 17 – 18 at the University of Michigan campus in Ann Arbor, Michigan. Four sessions over two days will highlight cutting-edge research into robotic fabrication currently taking place around the world, with presentations by industry leaders, academic researchers, and commercial end users. The internationally renowned publishing house Springer Wien/New York will publish and market the proceedings of the conference worldwide. We are also excited to announce our keynote speakers for the conference: Kendra Byrne (Bot&Dolly), Stu Shepherd (KUKA Robotics), Matthias Kohler (ETH Zurich), and Daniel Piker (Kangaroo).

Absolut, known as a promoter of both high-technology as well as culture and creativity, supports Rob|Arch 2014 as conference partner with Red Bull joining as media partner. Further media partners include Springer Wien/New York, Robotics.org, A3Automate.org, and McNeel. The workshops would not be possible without the support of our partner institutions: Carnegie Mellon University’s dFab Lab, Princeton University, Harvard University Graduate School of Design, University of Stuttgart Institute for Computational Design, University of Innsbruck RexLab, the Institute for Advanced Architecture Catalunya, TU Graz, and Virginia Tech’s CRAFTs Lab.

The KUKA Young Potential Award was founded to support young researchers in the field of robotics in architecture, art, and design. 2500USD will be awarded to the best scientific paper at Rob|Arch 2014 by a researcher of 35 years or less. Through three grants with a volume of 1000USD each, the ABB Mobility Grant supports the travel and accommodation costs of individuals who are highly engaged in robotic applications in the creative industry.

For further details and a full schedule of the event, please visit www.robarch2014.org.

About the Association for Robots in Architecture

The international Association for Robots in Architecture is originally a spin-off association of Vienna University of Technology. Its goal is to make industrial robots accessible for the creative industry, artists, designers and architects, by sharing ideas, research results and technological developments. Founded in December 2010 by Sigrid Brell-Cokcan and Johannes Braumann, robots in architecture is an open platform for everybody interested in the creative use of and innovative fabrication with industrial robots. The association pursues its goals by offering workshops and holding lectures at international conferences, schools, and universities, and by maintaining the Robots in Architecture homepage, which serves as a hub for all things robotic in architecture, art, and design – http://www.robotsinarchitecture.org

About the Taubman College of Architecture and Urban Planning

Taubman College of Architecture and Urban Planning at the University of Michigan seeks to improve the human condition through thoughtful design and planning for the built environment. For over 100 years, Taubman College has offered students from around the globe a complement of disciplinary and interdisciplinary degree programs ranging from pre-professional to Ph.D. Its academic programs combine design, technology, and policy research while preparing graduates for positions that shape the built environment at scales ranging from local to global. Its committed and energetic faculty, staff, and students form a diverse, creative, and collaborative community within the University of Michigan, one of the world’s largest research universities – http://taubmancollege.umich.edu

For more information on the previous Rob|Arch conference that took place in December 2012 in Vienna, access the Rob|Arch 2012 press information page. Photos of the conference and workshops are available here and can be provided in high resolution by request. You can access videos of the workshops via Vimeo.

The media below  may be used freely in articles about Rob|Arch 2014. Please reference the authors  (second line below the image). 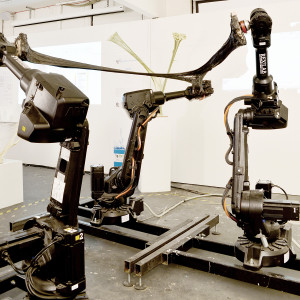 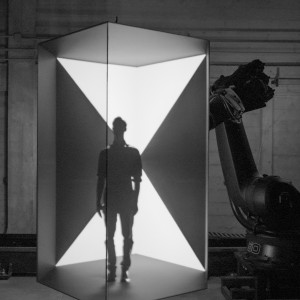 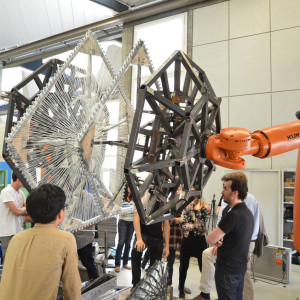 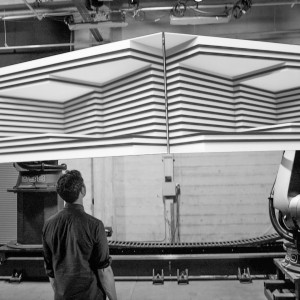 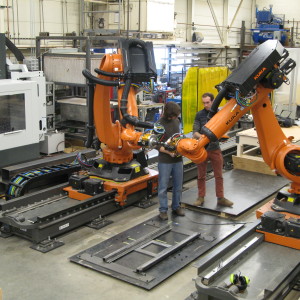 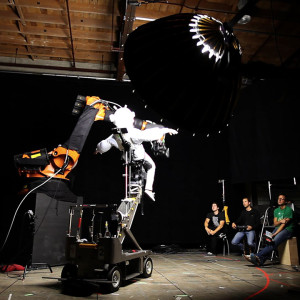 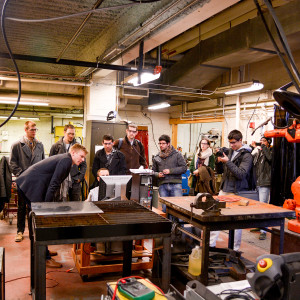 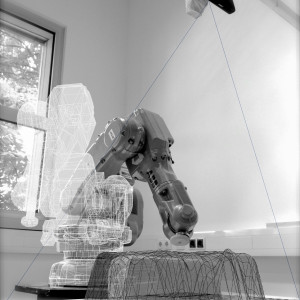 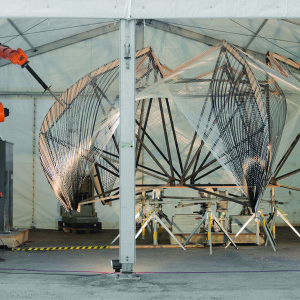 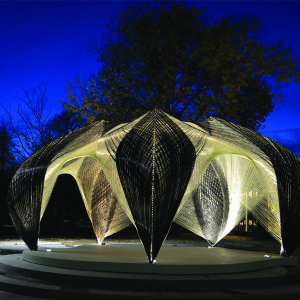 Clouds of Venice installation for the Venice Biennale by supermanoeuvre